Since watching the Great British Bake Off, I remembered how much I used to bake! It was at least once a week, though now-a-days most of my time is consumed by the demands that are art college, I think I can spare an hour (or four) each week to do some baking again. Starting with BAGELS!

Mix the yeast with 300ml of lukewarm water.

Put the flour, sugar and salt in a large bowl (doesnt have to be massive) and mix together. Pour ove the yeasy liquid and mix into a rough dough.

Tip out onto the work surface and knead together until smooth and elastic.

Appaantly this should take around 10 mins, but I’m no food expert, so I kneaded as best I could for 10 mins…

Put the dough in a lightly oiled bowl and cover with a piece of oiled cling film. Place in a warm area and leave until doubled in size, about 1 hr. (It’s coming into winter in the UK so I had to turn the heating on for my dough to rise.) 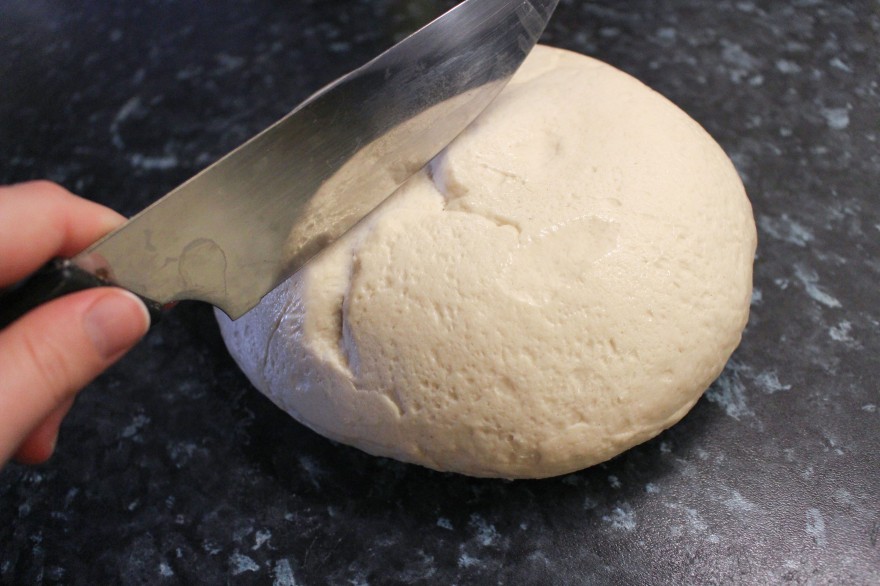 Tip out the risen dough and divide it into 10 portions, make them into balls…

cover lightly with cling film and leave for about 30 mins, or unil risen and puffy. 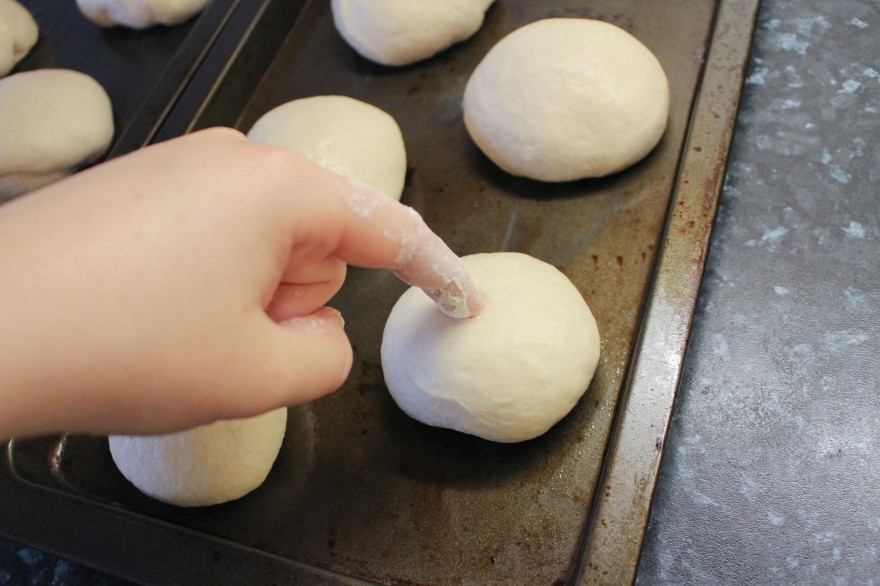 Now use a floured finger to poke holes in the centres of the dough balls.

swirling them around to strech the dough a little, but careful not to knock the air out. 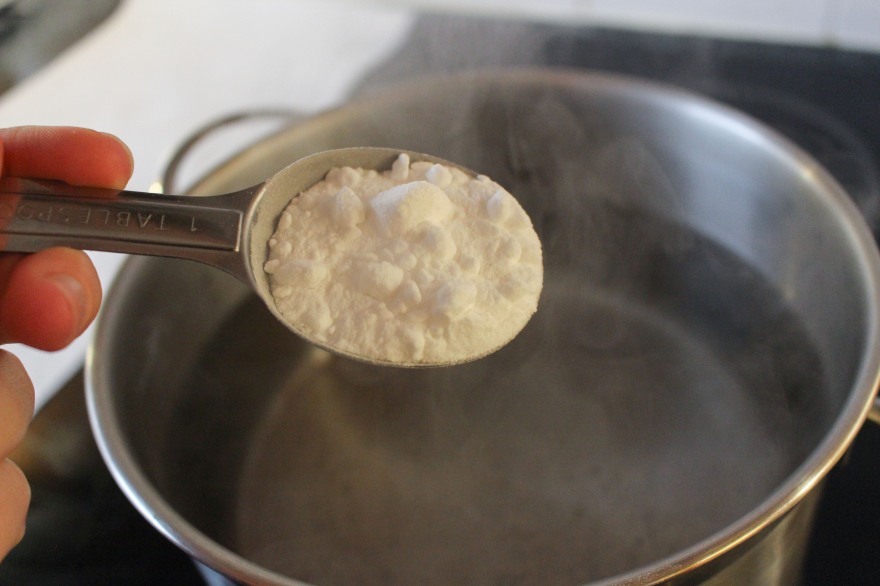 Fill a large saucepan with water and bring to the boil. Add the Bicarbonate of soda, which is meant to alkalise the water. 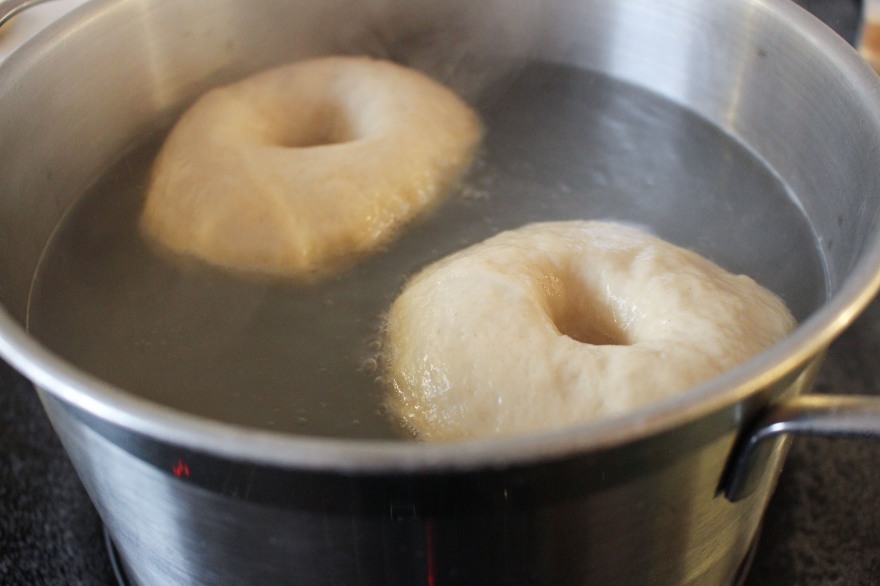 Place 1-2 of the bagels in the water at a time and boil for 1 min, turning over half way through (The recipe says 2 mind if you want a chewier bagel, however I did 1.5 mins and mine where super chewy so take note!).

Using a slotted spoon, lift out the bagels, drain well (As you can see I just put the on kitchen roll? seemed to work) and place bak on the trays. 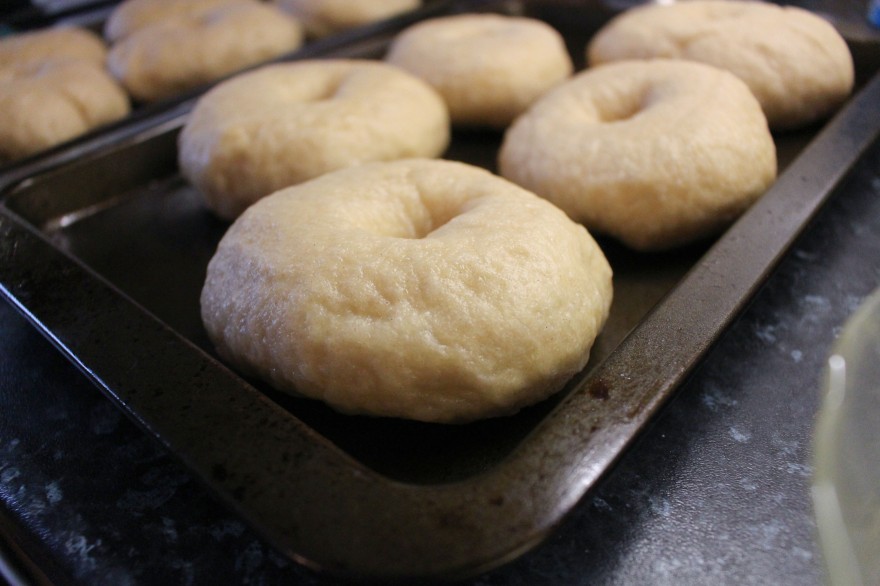 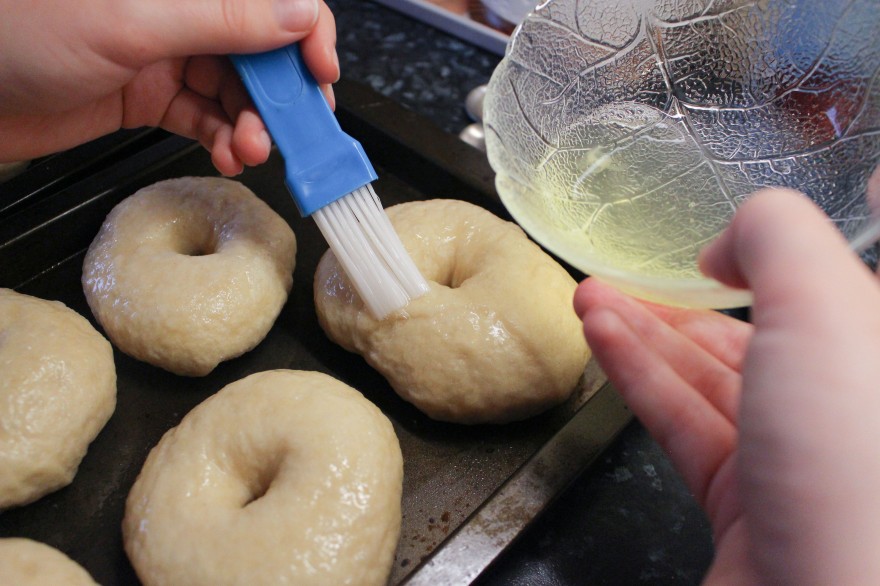 Brush them with the egg whites…

Sprinkle on the seeds… 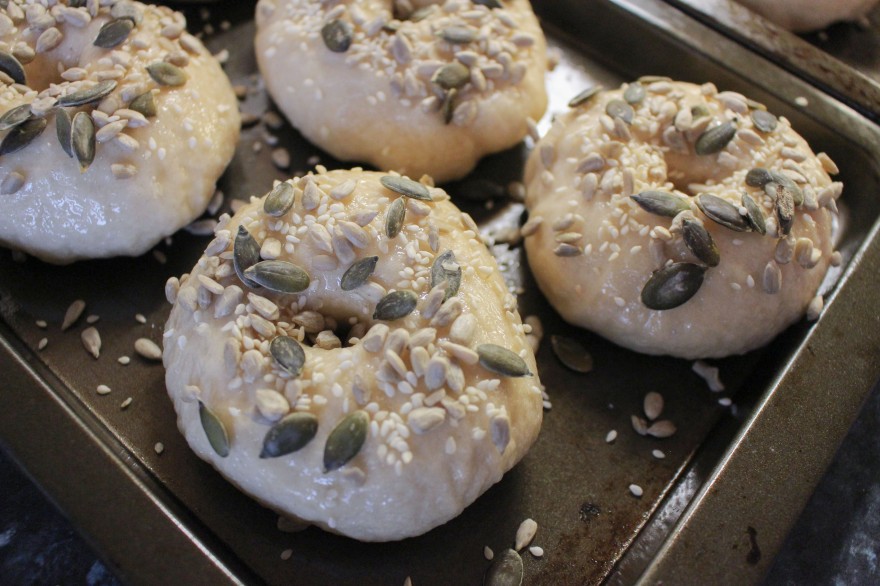 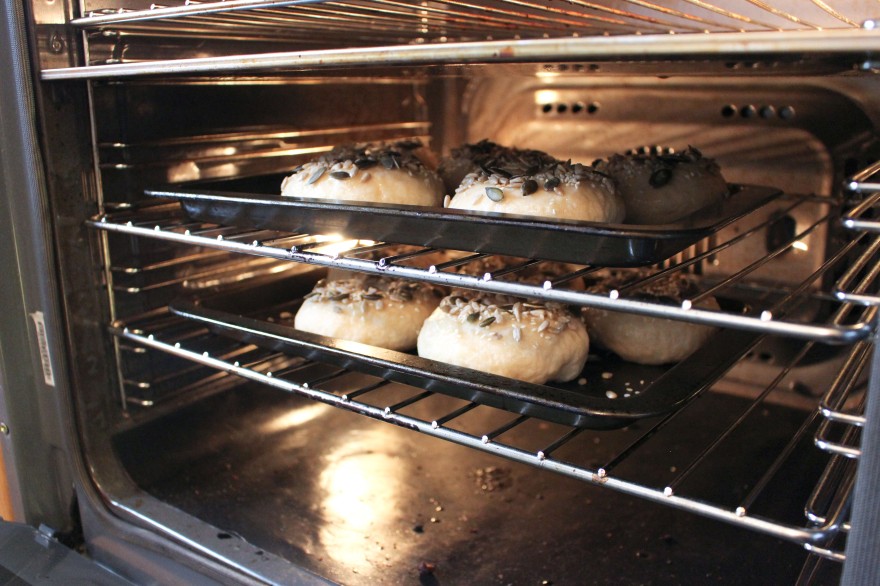 For 20 – 25 mins, or until golden brown. I left mine in for 25, I think that was too long and 20 would have been sufficient, depends on the oven, I find gas ovens take longer to bake in than electric. 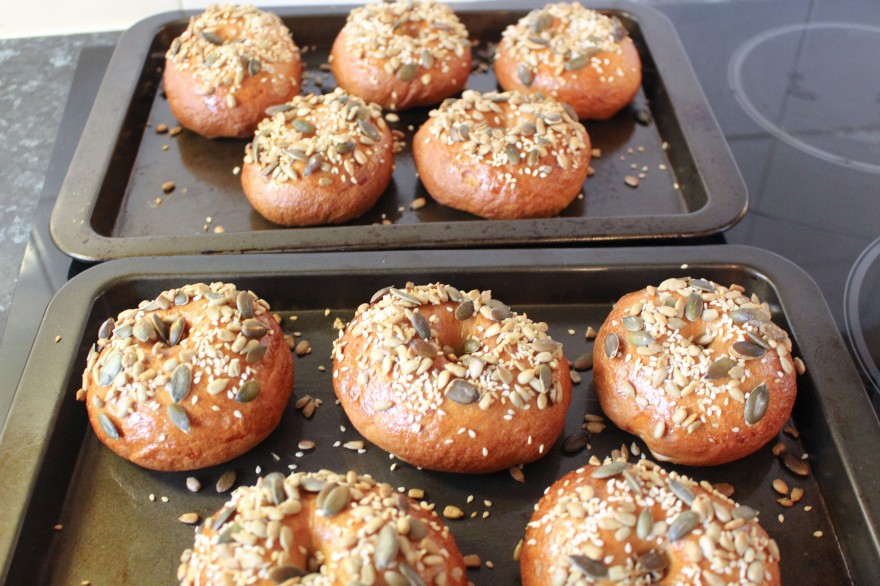 cool before eating… I ate one warm :O 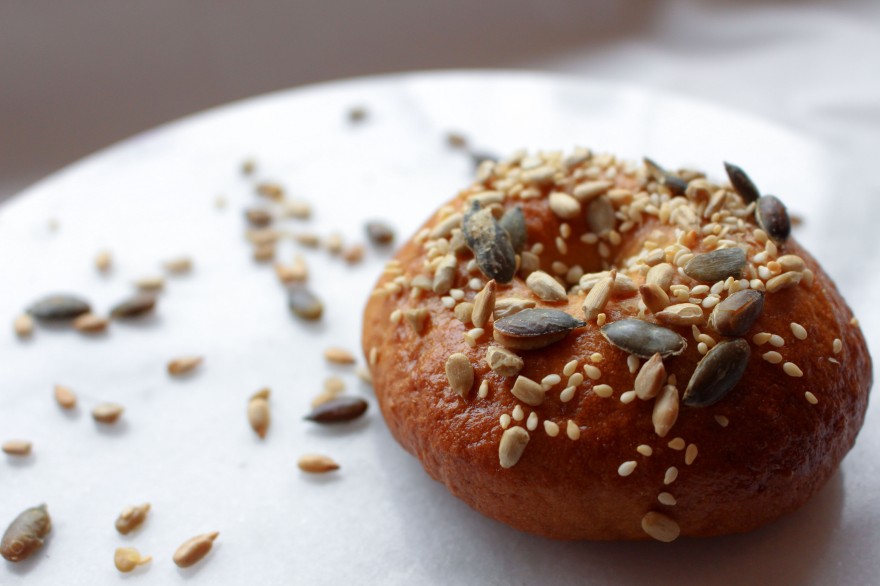 Hope you found this helpful / interesting? I have taken the recipe from the >> BBC website <<

Let me know if you try it and how they turn out!

2 thoughts on “Home Made Bagels”